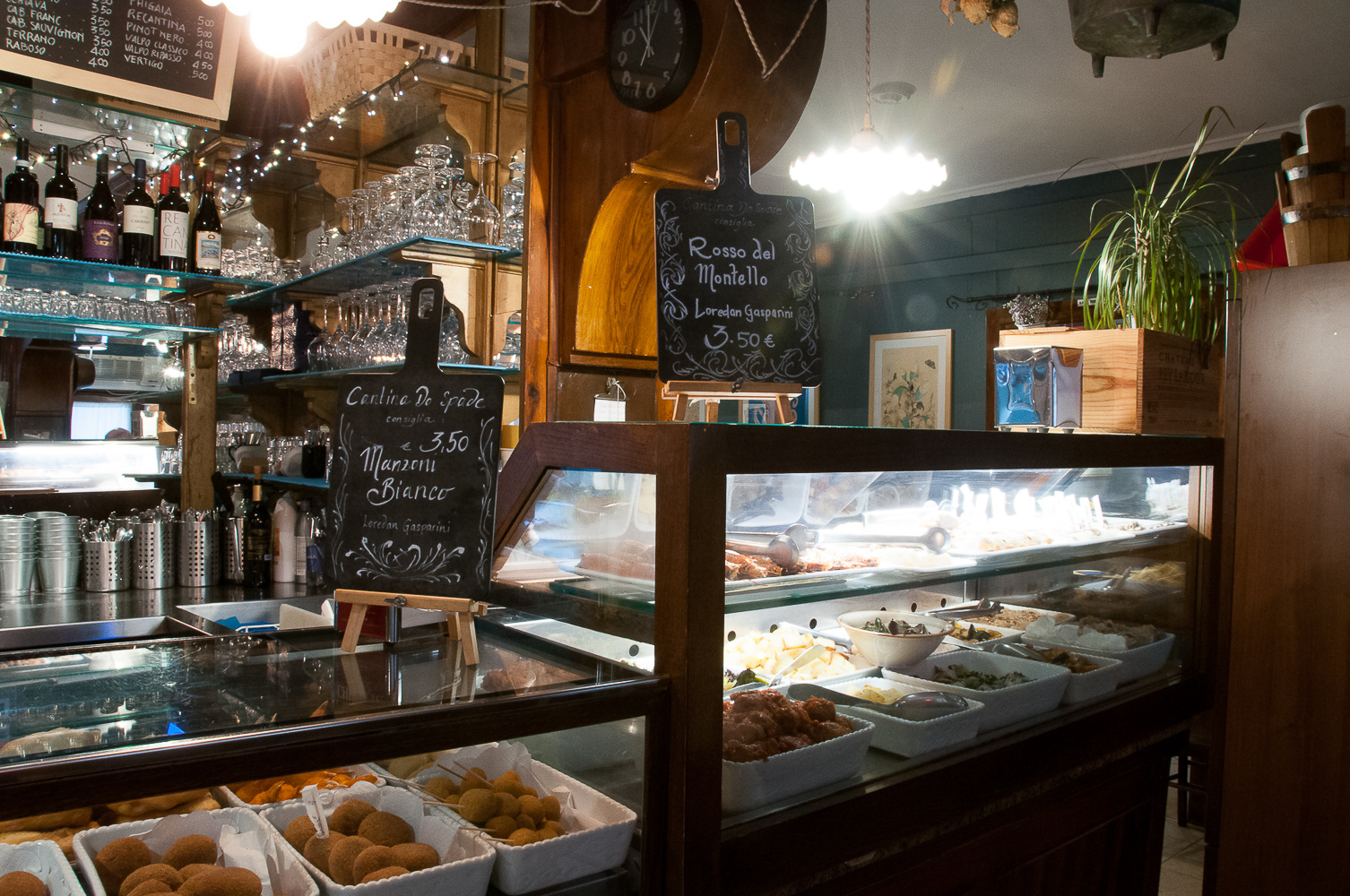 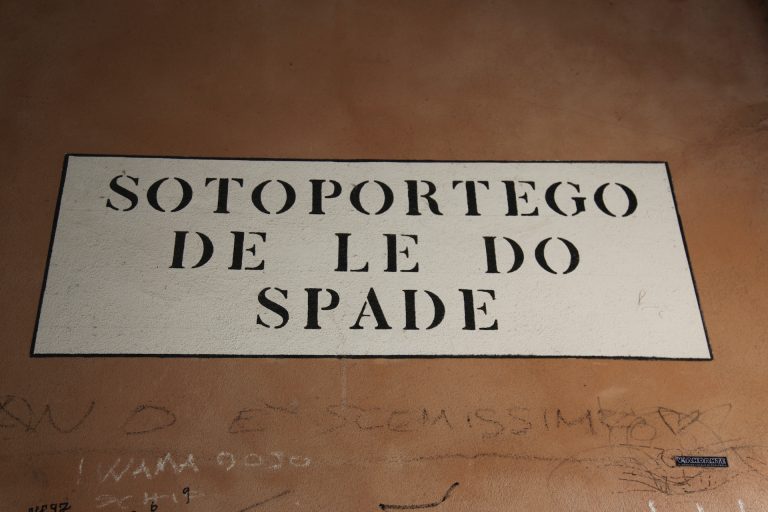 You can easily find us spotting the old sign already mentioned in 1448 by Giuseppe Tassini, who referred to “Carle de Zuane, hosto all’insegna delle Spade”, in his book Curiosità veneziane (Venetian Curiosities). In 1566 Marin Sanudo specifies: “The Osteria delle do Spade, located in S. Matteo and with two subordinate stores, belonged at the time to the Foscari family and was rented to a host called Battista”. 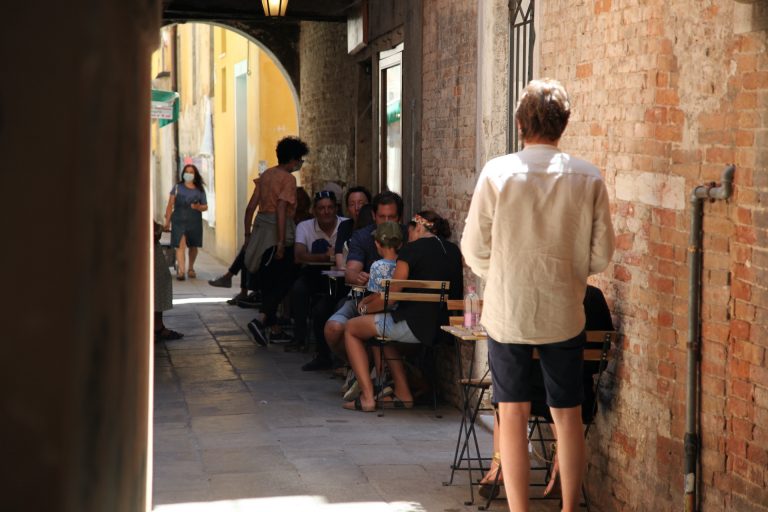 The Cantina Do Spade is a historical landmark in Venice, as confirmed by the names of the places around the tavern, such as the portico and the street, that also bearing the name of “Do Spade”. The Do Spade insignia was born in the late 400, in symbol of the guild of the hosts that used to gather at St. Matthew’s Church.